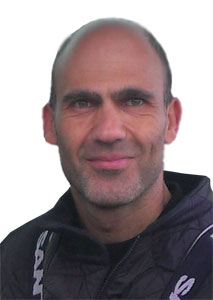 I was born in Heraklion, Crete in 1972, where I grew up and continue to live and work.

Finishing schools and military service and then attending private schools accounting, I worked as an accountant and later I opened my accounting office.

Periodically I do translations to dive computers operation manuals of Oceanic.

With great pleasure I continue to this day to work in  Panagiotidi's HERAKLION DC family company, for training divers and instructors under the guidance of  IANTD and SSI organization.